The fourth graders tried out a brand new project before winter break!  We had extra time and extra clay, so  we were able to fit in a lesson about fountains of the Renaissance.  I'll be honest that their research led them to several inspirational fountains that were built after the Renaissance, but sometimes it's fun to let the lesson take a new direction. 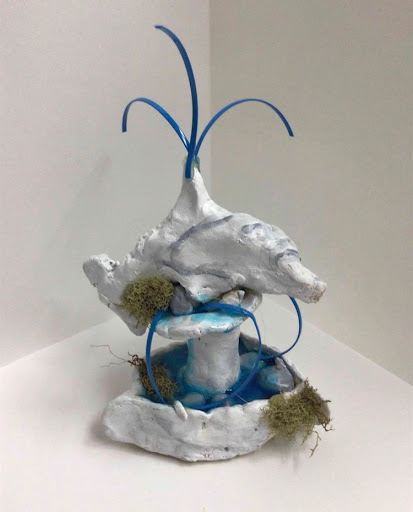 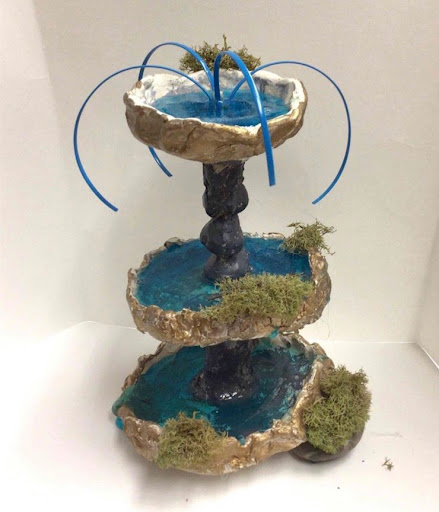 After learning about how fountains were first purely functional as sources of water, they began by researching famous fountains that were built to be decorative and functional.  I had them work in groups with chrome books, and I created a worksheet to guide them.  They found interesting facts and did sketches of their fountain before presenting it to the class.  These fountains included the Trevi Fountain, Triton Fountain, Bernini Fountain, Fontana della Pina, and others.

They used basic clay techniques and air dry clay.  I gave them a choice of replicating a famous fountain or inventing a new design.  They started by making pinch pots and shapes to join together, and I had them begin with the largest pinch pot as a base.  They used a wooden skewer as an armature and slid the other shapes right on top.  They had practice with scoring and slipping clay together, forming various shapes, and balancing tall structures. 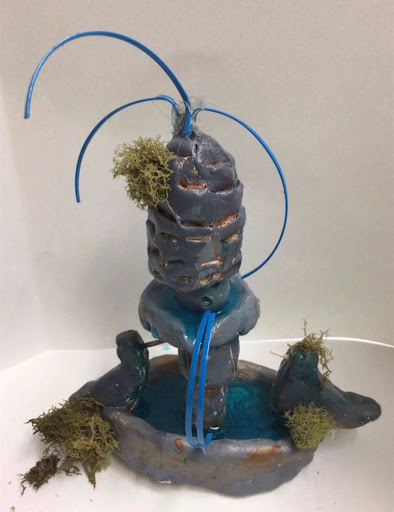 To add water to the fountains, we mixed clear glue and liquid watercolors together and poured it into the basins.  Some kids added "spouts" of water with blue lanyard strands.  I brought in craft "moss" to add.  They painted them with acrylics and I helped with the glue gun to add the moss. 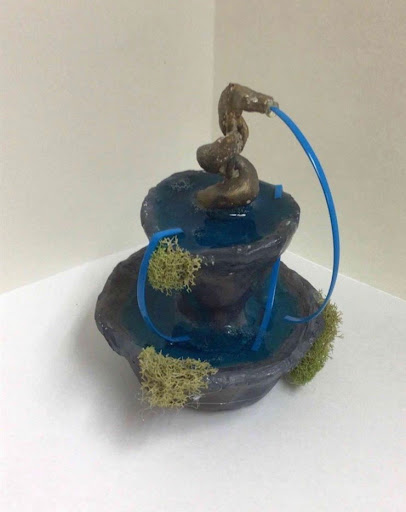 How will you remember being a Prescott Wolf?  This week, create a wolf sculpture to commemorate your time here at Prescott.  I have researched some ideas below, or you can choose some other fun method.  Use any materials, but make a 3-D wolf. 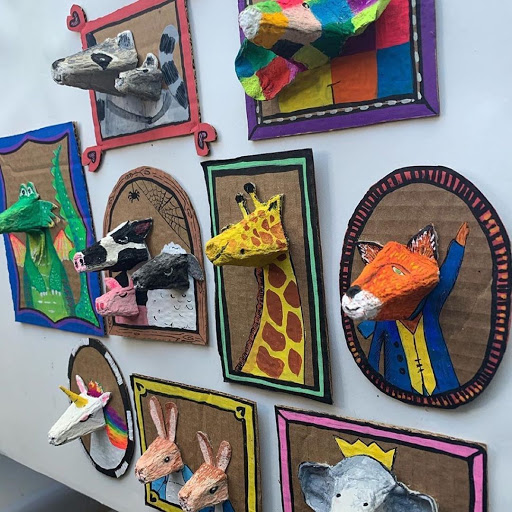 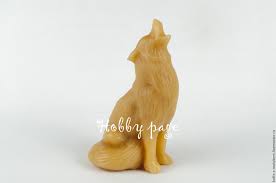 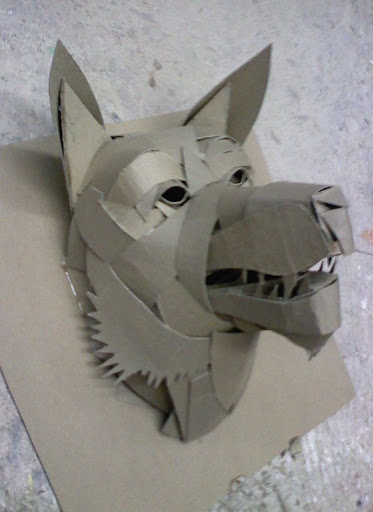 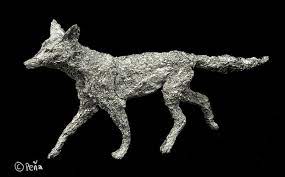 Past, Present and Future

You have made it!  You are approaching the end of your last year at Prescott School.  Many of you were in Kindergarten when I started teaching here.  We have learned about art together for nine years.  I am proud of you, and I am also so excited for you as you move on to high school and college. 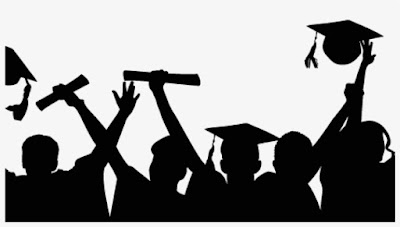 You are in a unique place in your life.  I have noticed many conversations in class have been centered on memories and looking back at your school years together.  At the same time, I hear you talking about high schools and comparing experiences of school tours, applications and first impressions of where you are heading.  In honor of this memorable time, you will be working on an art project that you will call Past, Present, Future. 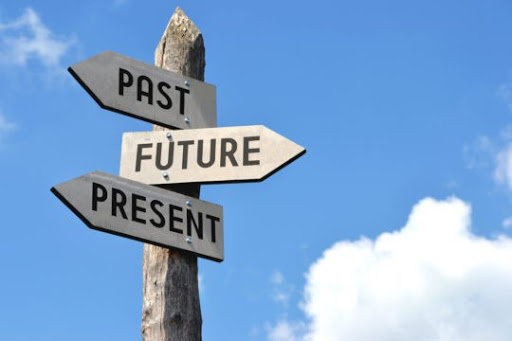 What materials will you use?

What stories will you focus on?

These things are all up to you!  You have free choice with this project to imagine how you can visually represent this theme.  We will begin class each day with activities that will help guide you as you work on the project.  I will give you some suggestions, but I also encourage you to think outside the box and to do your own version of the project.

Let's begin by looking at some famous art.  Your challenge is to figure out how each of these paintings ties in with our theme.

What do you notice?

What do you think?

What do you wonder?


To turn in work, copy this code:  WCCP-WSTF

Banksy Through the Shredder

In the early 1990s, an artist named Banksy began working as a freehand graffiti artist with the DryBreadZ Crew (DBZ) in his hometown of Bristol, England. 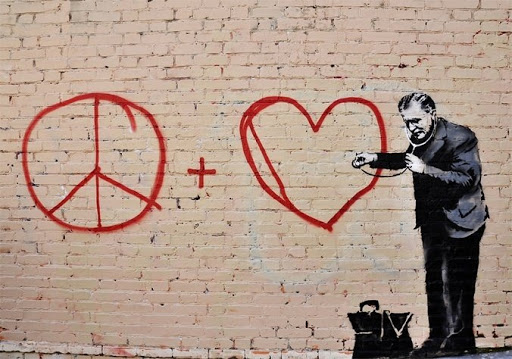 Like many street artists, he started repeating images that became his style. Apes, policemen, soldiers, rioters, children, and the elderly became his characters, which quickly began to be recognized and gain fans. He rapidly gained the attention of the street art community and the general public.
Banksy painted on walls, making his work visible to anyone, anytime, for FREE.  He did not like how some art is expensive to buy or even to see.  He lets us know this through a famous stunt with a painting of a girl with a red balloon. 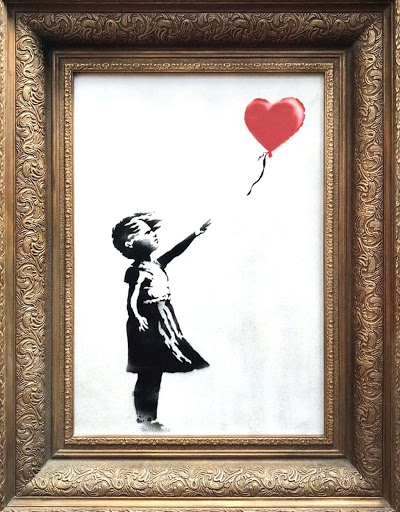 This is a one-day project that will challenge you to re-create Banksy's Girl With Balloon.  This painting was famously shredded by a device hidden in the picture's frame at the time of it's auction. 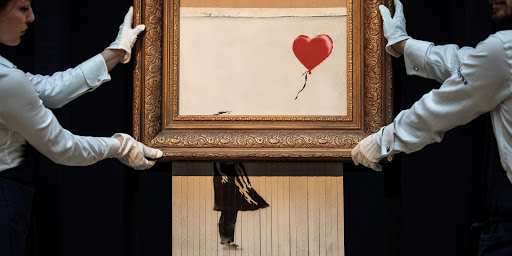 Want to see the stunt?  Watch HERE!
Most people think that Banksy was making a statement about the over-priced art market and that he wanted to show the artist in control of their own work rather than a buyer.  What do you think?  Why would he do this?
Just for fun, you will draw Banksy's picture, and you will create a frame from cardboard.  See if you can glue the frame so that the picture is hanging out the bottom, and cut the picture into strips below the frame.  This will make yours look like it has been shredded by Banksy as well. 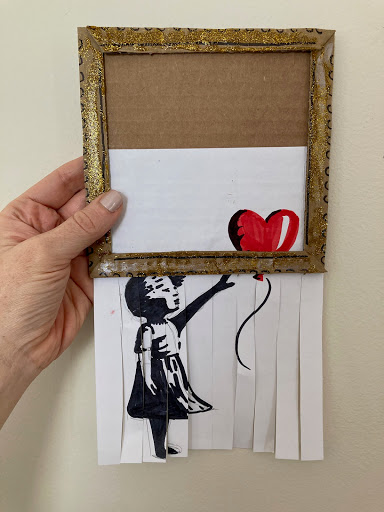 Create your work along with this video from Youtube  OR Use my video below.
To turn in work, copy this code:  WCCP-WSTF
at May 05, 2021 No comments:

Street art has had a big year.  The global pandemic and the presidential election and the Black Lives Matter movement have inspired creative responses from artists.  The city has become a big canvas as windows are boarded up for protection during marches and even riots.  When I returned to Chicago after quarantining in NC for several months, the plywood-covered windows had become a free art gallery on the streets of the city. 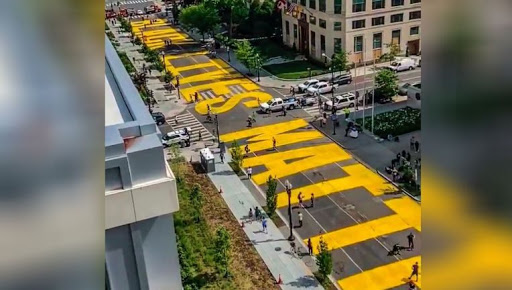 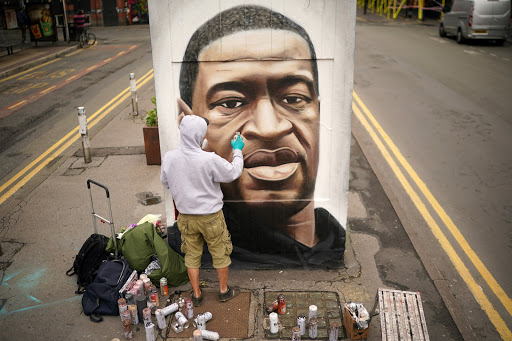 Have you seen any new street art in your neighborhood this year?

What message does it communicate?

This week's and next week's lessons are about street art.  Begin with a class discussion:

Your challenge will be to create a street art campaign of your own.  This means you will be "marketing" your art by making it usable, wearable and shareable!  Show us your art, but then design custom merchandise.
There are 5 parts to this project!
1.  Read about these famous street artists, and choose 1-3 who inspire you.  You are also free to choose an artist not listed below if you know of any others!

2.  Choose a MESSAGE to communicate.  Examples from Banksy.  Think of what is important to you.  What change you hope to make through your art?
3.  Design a personal TAG.  A tag is a custom signature.  How will you sign your name artistically so that the public recognizes it is your work?  Will you use your real name or a nickname?  What font will you use?  Click here for help.
Here are a few famous tags: 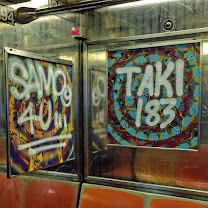 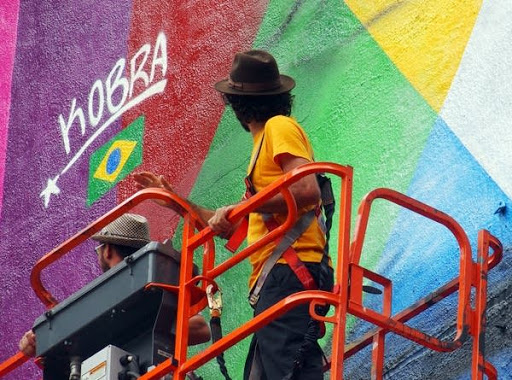 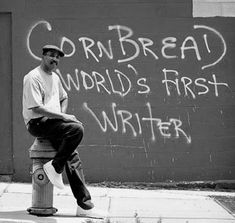 4.  Design a STICKER:  Did you know stickers are a form of street art?  Read about it here.  Street artists can spread the word about their art through distributing stickers.
Here are some examples of famous artists' or art campaigns' stickers: 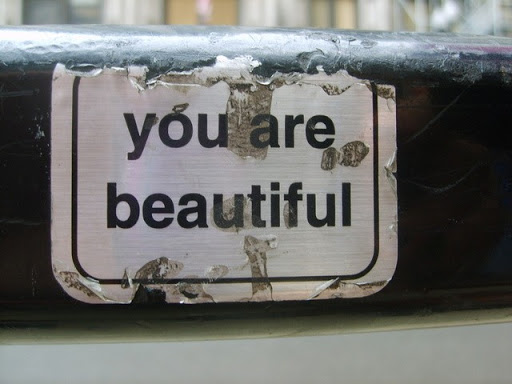 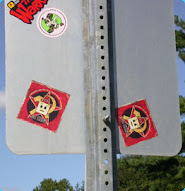 5.  The SHOE:  Don't you think you need a custom shoe to go with your art campaign?  Design a shoe that shows the colors and features of your art.  Get help HERE.  Here are some examples from the art world:
6.  Design a MURAL:  Begin with a drawing of a wall or space, and fill it with a design that communicates your style and your message!  Refer to the Hebru Brantley project we did, but also think creatively about how yours will look.  Here is some inspiration from murals around Chicago!  Click Here
To turn in work, copy this code:  WCCP-WSTF
at May 02, 2021 No comments:

The Battle of Hearts and Minds 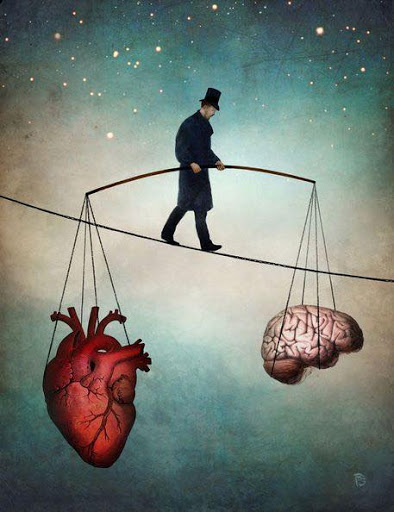 Do you follow your heart?  Do you use your head?
Which do you tend to do the most?
In this week's project, we will explore the age-old debate between our hearts and minds.  Let's start by reading some quotes.  Do these men seem to follow their hearts, minds or both?
"If I create from the heart, nearly everything works; if from the head, almost nothing."

"Don't allow your emotions to overpower your intelligence."

"A good head and a good heart are always a formidable combination."

Most of us probably have different opinions on this topic, and we probably fall somewhere on a spectrum between relying on our hearts and minds when making choices. 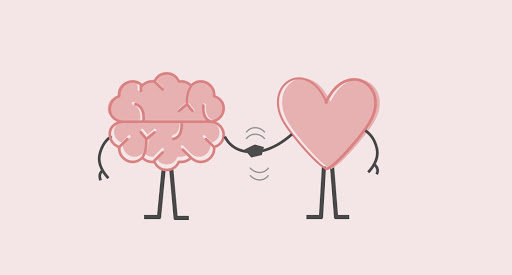 Just for fun, try this quiz:
QUIZ
What does it tell you?  How do you feel about your results? Do you agree with them or disagree?  Think about your stance on this debate.  Obviously an online quiz can't sum you up, but what do YOU think?  Are you "team brain", "team heart" or a combination of both?

Your challenge this week is to create artwork that shows us this part of your identity.

You can do a drawing, a painting or a sculpture.

Begin by looking at these works of art.  How do they connect with our theme?  How is the brain or the heart used in each picture, and what is the artist telling us?

To turn in work, copy this code:  WCCP-WSTF

Click here and paste the code to find your portfolio! Don't forget your artist's statement!

The fourth graders tried out a brand new project before winter break!  We had extra time and extra clay, so  we were able to fit in a lesson...