Begin this week by reviewing what the HARLEM RENAISSANCE was.
Listen to a story HERE.
Watch HERE.
Aaron Douglas was an African American painter and graphic artist who played a leading role in the Harlem Renaissance of the 1920s and 1930s.  Arriving in 1925, Douglas quickly got involved in Harlem's cultural life. He made illustrations for magazines. Douglas created powerful images of African American life and struggles and won awards for the work he created for these magazines, and was then asked to illustrate some books.

In 1926, Douglas married teacher Alta Sawyer, and the couple's Harlem home became a meeting place for many famous writers like Langston Hughes and W.E.B. Du Bois, among other powerful African Americans of the early 1900s.

Douglas had a unique artistic style that combined his interests in modern art and African art. He incorporated parts of Art Deco along with elements of Egyptian wall paintings in his work. Look at these images of Douglas's work, and see if you notice some common images. 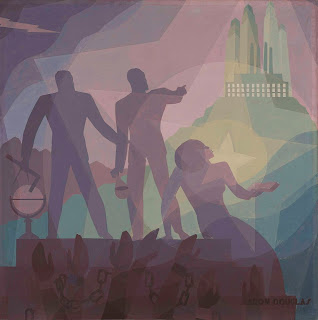 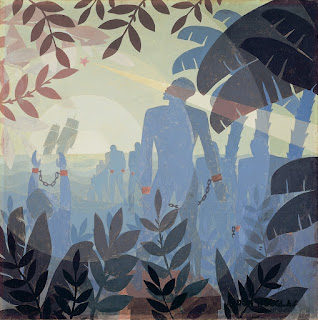 In class, we will talk about
SILHOUETTES, SPOTLIGHTS and SYMBOLS
found in his work.  We will also talk about the layers in the painting.  Notice here that the front layers are dark, and the back layers are very light.
Look for these things three "S"s in the paintings below, made by Prescott 5th Graders.  Also, try to guess what their paintings are about.  Aaron Douglas made art about his experiences as an African American and African American history, because he felt strongly about representing these stories in his art.  These artists chose to paint about things they feel strongly about... 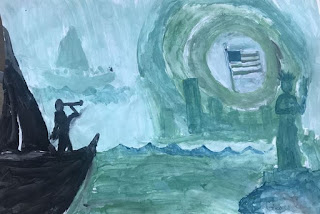 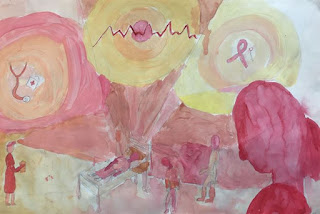 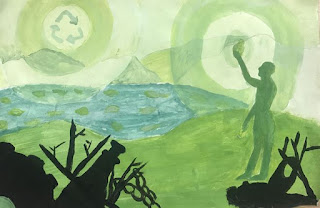 Now, think about what you would like to choose as your theme, and watch this video by Ms. Ammons to make your own!
To turn in work, copy this code:  WCCP-WSTF

Click here and paste the code to find your portfolio! Don't forget your artist's statement! 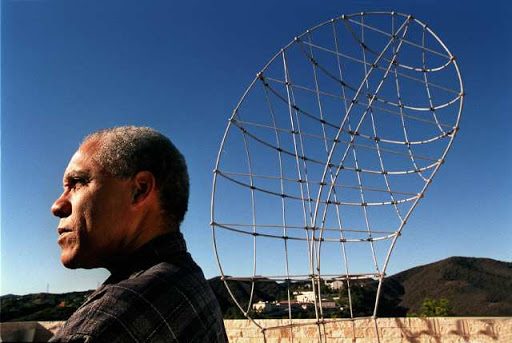